Low endocannabinoid levels in your body creates an Endocannabinoid Deficiency or ECS dysfunction and can contribute to the development of certain conditions, like migraines, fibromyalgia and irritable bowel syndrome.

Have you ever wondered why so many people see positive results when they add CBD to their daily routine? Well, it’s largely rooted in how our Endocannabinoid System (ECS) responds positively to cannabinoid supplements when it’s deficient.

The ECS plays an integral part in maintaining stability of our internal processes. As experts develop a better understanding and continue to determine all of its potential functions, it could prove to eventually hold the key to treating several conditions.

Thus far, it has been linked to the following:

Because of how rooted it is within our overall health, well-known cannabinoid researcher Dr. Ethan Russo proposed the theory of Clinical Endocannabinoid Deficiency (CED) in 2004. Russo’s theory was that CED occurs when the body doesn’t produce enough endocannabinoids or enough receptors for the endocannabinoid system to function properly, creating an unbalanced internal environment, which then allows diseases to arise.

In the study, published in Neuro Endocrinology Letters, and later validated in a subsequent 2016 study, Russo suggested that a person being deficient in endocannabinoids and/or cannabinoid receptors could explain why supplementing with cannabinoids found in plants like hemp were proving effective at alleviating some conditions.

In a 2015 article published for norml.org Dr. Dustin Sulak said it best, “Cannabis has a profound influence on the human body. This one herb and its variety of therapeutic compounds seem to affect every aspect of our bodies and minds.”The scientific/medical community is definitely catching on and it gets more and more exciting to see the proven benefits of cannabis. At the time of his article, there were 20,991 studies/articles on ‘cannabinoids’ published on pubmed.gov. Today, that number has increased to 25,903!

Interested in hearing/learning more about the Endocannabinoid System? Check out our most recent podcast, Full Spectrum Living with CBD! 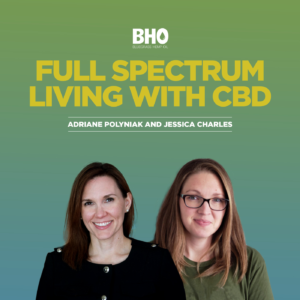 Your Endocannabinoid System - The Basics Part 2

We hear it every day, shopping for quality CBD products can be overwhelming! It’s a newer industry t…